Heading off to teach English in Cambodia is on your radar. You’re happy that the TESOL package at AVSE in Phnom Penh will meet your needs, but you’re still unsure if the ‘Kingdom of Wonder’ is the right choice for you. Here is a little background on the country and what you can expect living here. It might help you with the decision making process.

By any measure, it’s fair to say that the Kingdom of Cambodia has a chequered history, not just over the past 4 or 5 decades, but for time immemorial. What we know as Cambodia today was pretty much in its entirety part of a couple of ancient realms before declaring independence for the first time in the year 802.

During the 12th century, the Khmer Empire was Southeast Asia’s largest empire with its centre of power being Angkor, the Angkor Wat religious temple dates from this period. Skipping forward six centuries, Cambodia became a French protectorate between 1867 and 1953 – apart from 1941 to 1945 when the country was occupied by the Japanese.

Between 1975 and 1979 the Khmer Rouge were in power under its leader Pol Pot, who killed approximately two million people (a quarter of the population at that time) in a series of purges. During this period religious institutions were persecuted to such an extent that up to 95% of Buddhist temples were destroyed along with significant amounts of Cambodia’s historic architecture.

In 1993, Cambodia restored its monarchy. Today Cambodia operates a ‘multiparty’ ‘democracy’ with a King as the head of state.

Quick tip or two: They say we should be mindful of bad things that have occurred in history, so it’s less likely they’ll be repeated. With this idea in mind, no trip to the capital city of Cambodia, Phnom Penh, would be complete without visiting the ‘Killing’ Fields and the Genocide Museum…

The total land area of Cambodia is 181,035 square kilometres. Cambodia shares land borders with: Thailand, Laos and Vietnam. River systems, especially the Tonle Sap and the mighty Mekong, flat farming land and mountain ranges are Cambodia’s prominent geographical features. It could be argued that the rivers are the life-blood of Cambodian society as we know it today, providing among other things, a direct source of food, transportation and water for Cambodia’s main industry, agriculture.

Quick tip or two: Do not swim, or even wade in any river or stream in Cambodia. It may well look inviting, but there’s a high chance something is lurking in the water that will make you very ill indeed. If you plan on trekking in the mountains, do so with a friend and take all the usual precautions, water, maps, appropriate clothing – and make sure someone who’s not on the trip knows your plans…

Cambodia’s current population is estimated to be 16.6 million people. Khmer is the largest ethnic group in Cambodia – 90% (plus) of the total population. Other ethnic groups in Cambodia with sizable numbers include Khmer Muslims, Vietnamese, Chinese and tribal groups such as the Pnong, Tampoun, Jarai and Kreung people, who mainly live in mountainous regions of the country.

Quick tip or two: Visiting Cambodia’s tribal groups in the country’s mountainous areas will leave you with lifetime memories. Take the opportunity if it arises – and if it does, at least try some of the exotic foods. Don’t let the appearance or preconceived ideas put you off…

I’ve had the good fortune to spend years travelling around the world. I have lived and worked in 8 different countries. I can put my hand on my heart and say without a shadow of doubt that Khmer people are right up there with the best of the best. Abject poverty prevails in Cambodia, but your average Khmer person will literally give you the shirt off his (or her) back. You’ll be invited in for meals, even though it’s not uncommon for a family to forgo a meal because they don’t have any money. There is every reason for Khmer people to be hostile towards foreigners given the pillaging throughout history, but they’re not hostile at all. They’re a forgiving lot and they’re focused on today – and perhaps tomorrow – certainly not yesterday.

Quick tip or two: If you’re invited to eat with a Khmer family at their house, make sure you remove your shoes and hat before going inside. Also, a small gift, perhaps some fruit or flowers will be well-received…

Official statistics on religious affiliation in Cambodia don’t exist, but observers estimate that around 97% of the population is ‘Theravada Buddhist, with the remaining 10% consisting of Christians, Muslims and others.

Quick tip or two: Monks are revered in Cambodian society. It’s important to show respect to monks. Make sure you are dressed conservatively (fully covered) before entering temple. Do not touch a monk…

Cambodia has a tropical climate with warm to hot weather 12 months of the year. There are two distinct seasons in Cambodia, the dry and wet.

The dry season typically starts in November and goes to the following April. The weather in Cambodia during this period is characterised by zero (or next to zero) rain. With temperatures reaching upwards of 38 degrees Celsius, April and May are the hottest months in Cambodia, with clear blue skies being the norm.

From late May through to October, heavy rain and high humidity dominate the weather pattern in Cambodia. When it rains, it rains ‘big-time’! Probably like nothing you have ever witnessed before. What I’ve always found quirky is, as quickly as it rains and the related serious flooding dominates the landscape, the rain disappears, the flood water dissipates and everyday life resumes from the very place it stopped. It’s truly a sight to behold.

Quick tip or two: If you’re getting around Phnom Penh on a motorbike in the wet season, don’t try and ride through flood water. There’s a high chance your motorbike will stall or you may simply fall off. In both cases, as a minimum, you’ll find yourself knee deep in raw sewerage while pushing a heavy motorbike down the road. It ‘aint’ pretty and the stench is not something that goes away in a hurry, no matter how many times you shower…

With 90% of the population being ‘ethnic Khmer’, it’s no surprise that Cambodia’s official language is ‘Khmer’. Interestingly, French was the official language of Indochina, which included Cambodia and to this day it’s spoken by a lot of older Cambodians.

English has replaced French as the dominant foreign language. Street signs are usually in Khmer and English and postage stamps and currency include snippets of English. With a high number of Vietnamese, Chinese and Lao people living and working in Cambodia, there’s a good chance you will come across folks speaking a language that is less familiar, as you go about your everyday business.

Quick tip or two: So, taking ‘formal’ Khmer lessons doesn’t appeal to you. Ok, I get it! Do yourself a favor, however, in your own time make a point of learning how to count in Khmer. You will find it really helpful when it comes to buying goods and services and with anything related to size or distance…

The majority of the economic activity in Cambodia is agricultural in nature including rice cultivation, rubber, cassava and pepper. Cambodia also has a thriving export market for Teak, Mahogany, precious gems, textiles and foot wear.

The economy in Cambodia is based on the free market system. Cambodia has recorded economic growth over the past decade that most western countries can only dream about, largely on the back of foreign investment of gigantic proportions – and relative ease of doing business at a high level.

Quick tip or two: Doing business at a level I am more familiar with, low key stuff, can be a frustrating due to the bureaucratic processes and language barriers, but putting ‘one foot in front of the other’ nearly always leads to the desired outcome. Patience is a virtue in Cambodia, more so than a lot of other places…

To enter Cambodia you will need a valid passport with a minimum of six months remaining – and a valid visa. You can purchase a conventional Tourist Visa online in advance or you can buy one at your point of entry. It will cost you US $30.00 for a Tourist visa. Note, your payment needs to be accompanied by two passport size photos.

If you plan to: 1. complete the TESOL programme at AVSE in Phnom Penh; and then 2. teach English Cambodia (at least for a few months), you’d be well-advised to opt for the one-month Ordinary Visa (E class) on arrival. Why? It can be extended indefinitely without having to leave the country on what is commonly called ‘a border (visa) run’. The Ordinary Visa (E class) costs US $35.00. Again, you will need two passport size photos to keep the visa people happy.

Quick tip or two: Make sure you have a pen with you when you arrive at the visa counter at Phnom Penh Airport or at one of the other border entry points. It will save you a bit of time and help keep your blood pressure at a sensible level. Treat Cambodian border staff with the utmost respect. No matter what happens, follow their instructions without question. You can swear and carry on once you’re safely way from the port of entry – and not within earshot…

Cambodia’s official currency is the ‘Riel’, but absolutely everyone, from a local TUK TUK driver through to a high-ranking government official prefer and use US dollars. Prices are typically quoted and advertised in US dollars. ATM machines all over Cambodia actually dispense US dollars.

Quick tip or two: Make sure you carry a few low denomination notes in your wallet when you go out. Why? Most things are cheap. It will reduce the likelihood of getting into a dispute over receiving the correct change. If there’s a safe in your room, use it…

The TESOL programme at AVSE in Phnom Penh is the perfect springboard to teach English in Cambodia.  What AVSE delivers is unmatched by competitors, certification that’s Australian Government accredited, complimentary accommodation during the 4-week course and a guaranteed teaching job at the end. AVSE also offer an array of optional extras with the TESOL package, airport collection, accommodation for extra nights and laptop hire for example, to make your transition to local life as straightforward as possible.

Quick tip or two: TESOL classes at AVSE in Phnom Penh, Cambodia fill quickly. It’s best to book at least a couple of months in advance to avoid disappointment. You will find start and finish dates for the TESOL course on the AVSE website.

About the writer: Peter Goudge is the Managing Director (and owner) of AVSE-TESOL in Phnom Penh, Hanoi and Ho Chi Minh City. Originally from Australia, Peter has lived and worked abroad for more than 20 years in total. You are very welcome to email Peter directly if you’d like more information on the pathway AVSE provides for adventurous people who wish to teach English in Cambodia and elsewhere: peter@avse.edu.vn 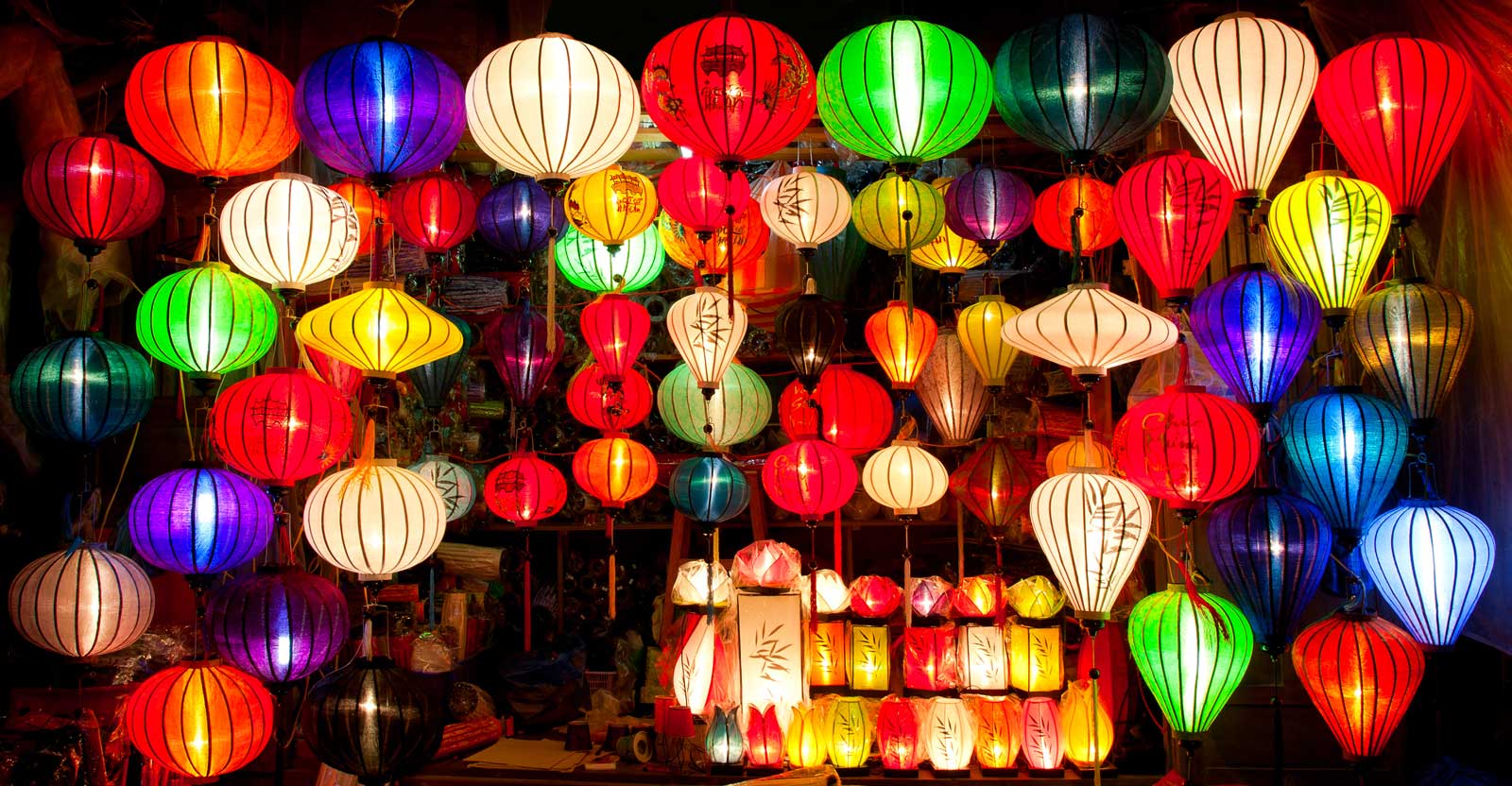